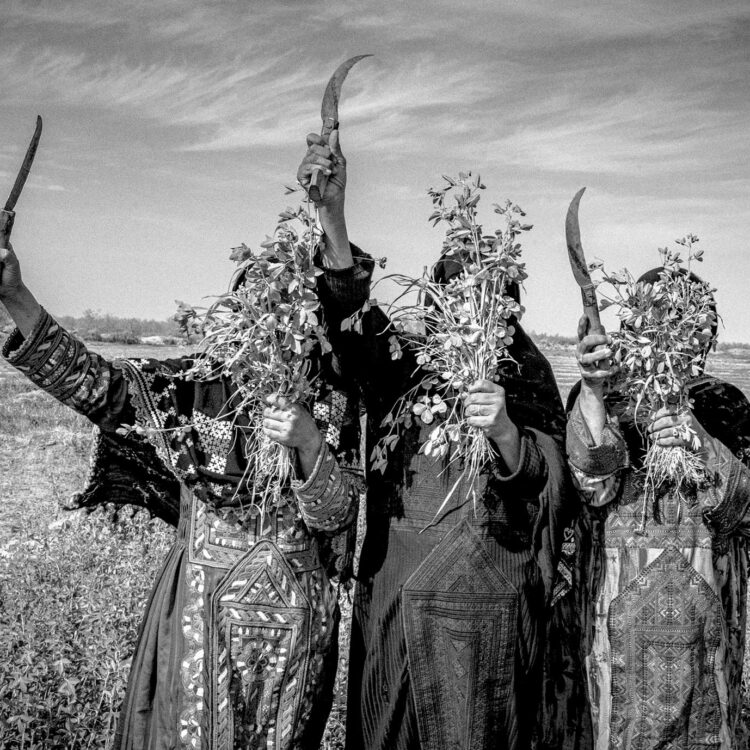 In the past year, my work has been concentrated on the roles of women in urban and rural cultures especially in coastal provinces of the Persian Gulf including Sistan, Baluchistan. I particularly focused on various aspects of life in African Iranian community known as zangis who were imported to Iran before the nineteenth century by Arab slave traders from the coast of the Southeast Africa, in an area roughly comprising modern-day Tanzania, Mozambique. Wherever on the southern coasts of Iran the African Iranians settled down, they assumed the language, accent, and religion of the region. Until half a century ago, the old members of the community still remembered the stories of migration. What they have not forgotten, however, is the cultural mementos they brought from their homeland, which have had a major impact on the culture of the southern region of Iran. Women play the most prominent roles in this ceremony. 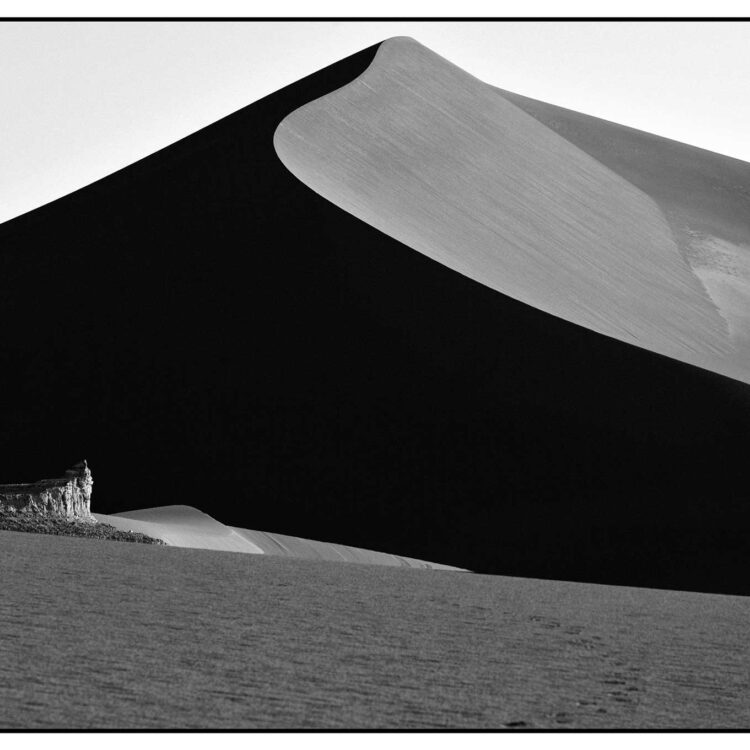 As the years between 2020 and 2022 were the most active and hard years of my career and my life, documenting The Lut Desert, a tract of sand and fantastical rock formations in southeastern Iran, is one of the hottest places on Earth. consists of sand dunes, ergs, mega- yardangs (kaluts), desert pavement, as well as large flat areas of salty soils. LUT reminds me shape of women body and earth body. Through my eyes, I have touched the symphony of images there. Before, I had never taken photos from nature and Landscapes but It helped me to breath and have a deeper angle to the life. 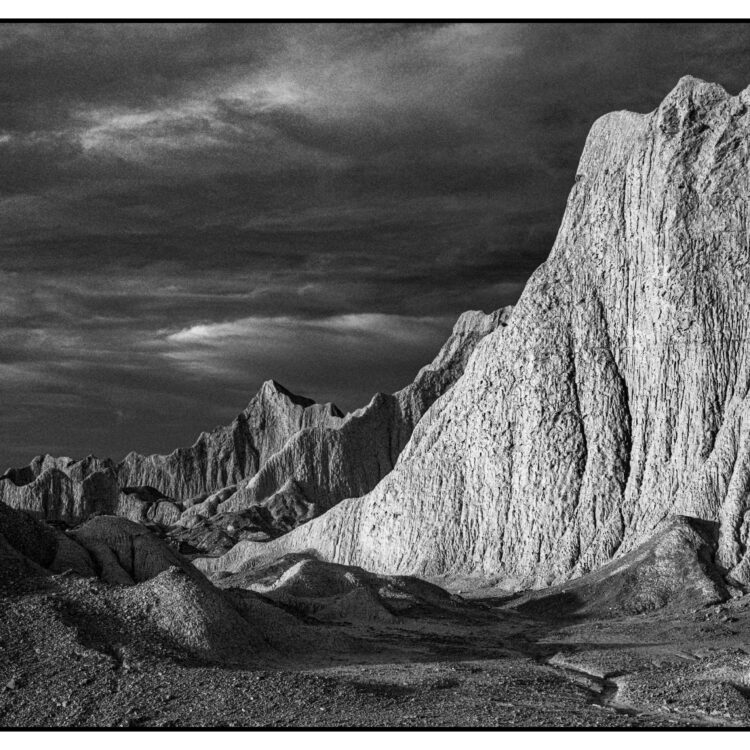 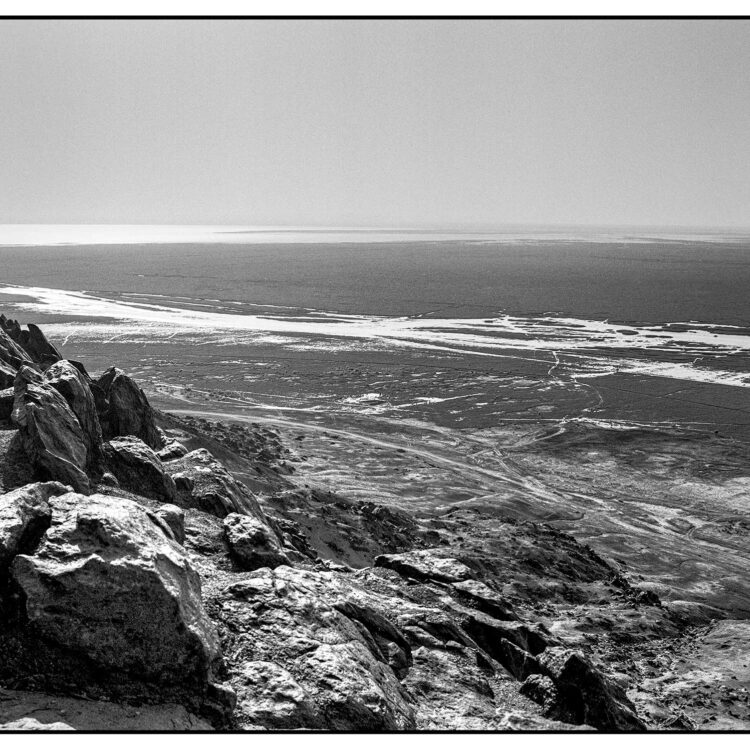 Hamoun lake, once the biggest sweet water lake, and the second largest lake in Iran, has been almost completely dry all year round for the last couple of decades. Afghanistan blocked water to the Hamoun lakes by building dams, it had negative consequences for itself as well. Habitants usually change the place of their life with dryness of water because they want to live close to the water. This is the reason that they are exist there. 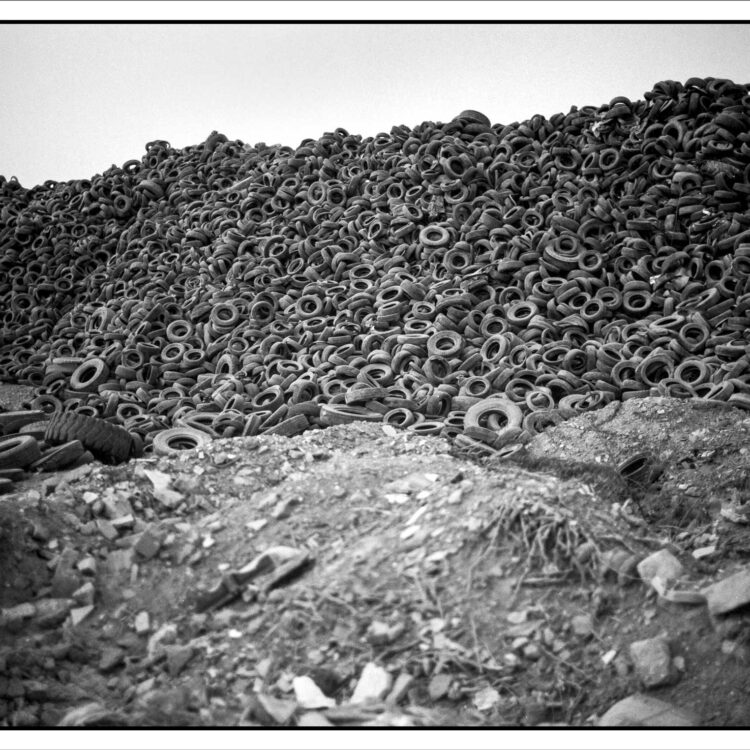 Baloch as an ethnic group in the Persian Gulf region, and particularly to discuss issues of ethnic, linguistic, and cultural identity. Balochistan and the Baloch1 have during the past few decades attracted international attention in the shadow of political crises in Afghanistan. In Iran, the province of which Balochistan is a part is also the largest province. It comprises the northern area of Sistanas well and carries the official name Sistan and Balochistan Province. I started to Travel to the Sistan abdBaluchistan about 2 years ago. Gradually, I made friends who took me to places I wanted to visit. 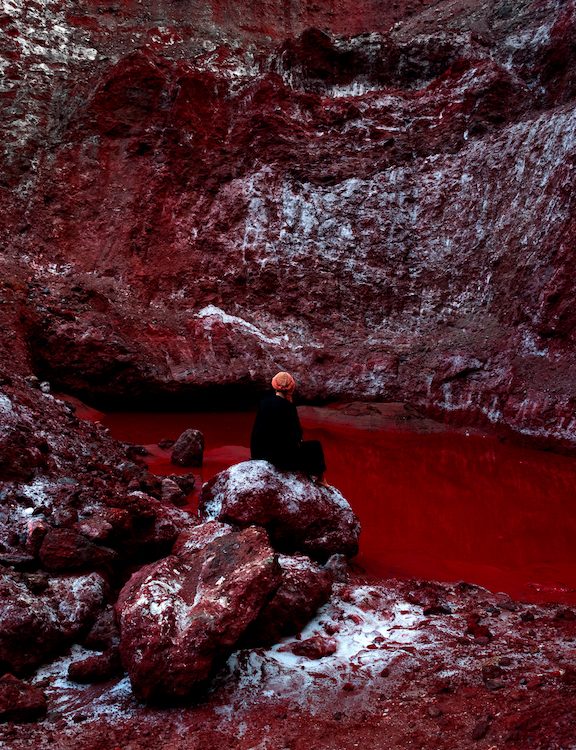 This project has started in an Island in the south of IRAN, Hormuz, which possesses unique geographical, social and cultural features. The island encouraged me to work on a broader scale and try to find a place which would possess textures and culture in contrast to what I found on the island. Longyearbyen, the world`s northern-most town, in Svalbard, in the north of Norway has the qualities I was searching for... 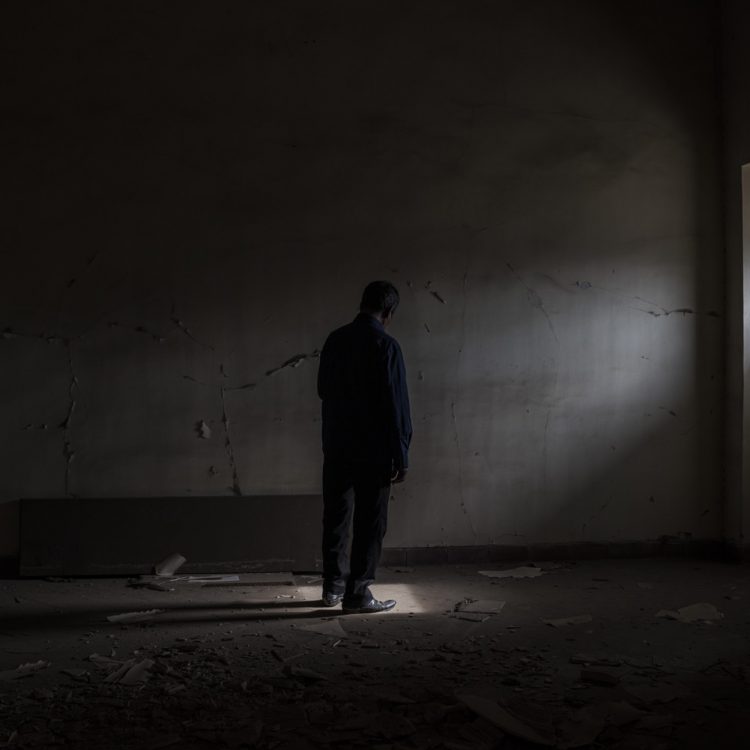 When I was a child, I lived in a 100-year-old house full of bass reliefs on the walls and the ceiling. The power of architecture and the old atmosphere of the house always gave me a sense of solidity and resistance. The past was always a part of the house. That place belonged to a long time ago and its antiquity made it firm; the point that people like me had lived in that house once. Many years passed. After seeing some photos of the ruins in the Syrian war, I remembered the past again; the past of the people who had lived in the destroyed houses. There was a unique beauty in the half-broken bricks and the fallen walls that gave me the courage to have a mental vision of the past. A feeling of destruction, and a certain attraction and amazement when I faced them. There is always a trace of the bygone prosperity among the ruins. An element that has travelled through the time and reached us today. All people who have lived in those ruins once have a strange relation to our today. As if each of them has left a part of them for us in the bricks and gatch-works, but the time distance between us prevents us from comprehending it fully. 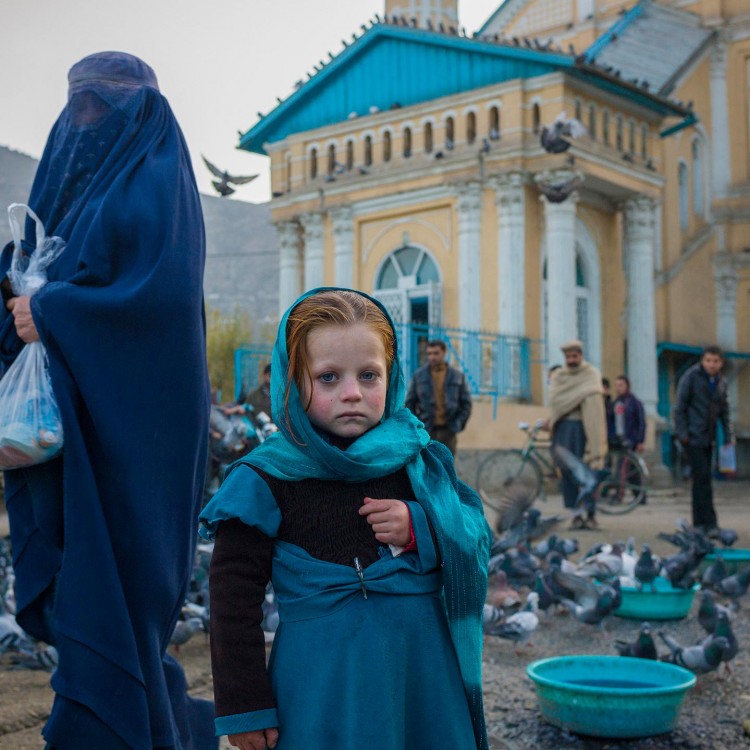 This series focused on portraying Afghanistan today; the way the society is rapidly developing and modernizing as well as its cultural features. I sought to consider couple of important issues during my journeys to Afghanistan. I have traveled to Kabul twice and each time the color of the city absorbed me, I tried to show the colorful atmosphere in my pictures. I spent lots of time photographing neighborhoods which were ravaged and destroyed during the violent war; in the photos I captured people that are potentially victims of future killings and bombings. 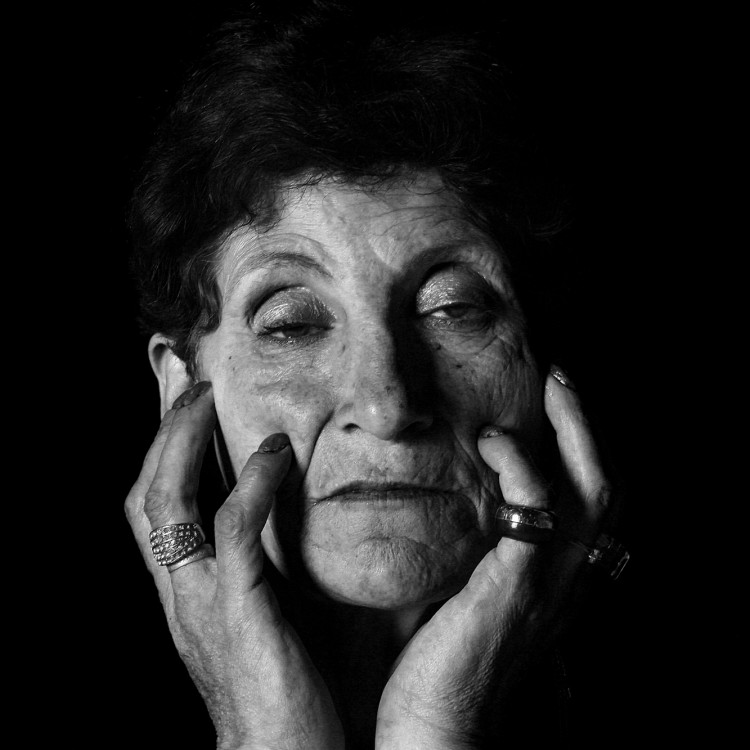 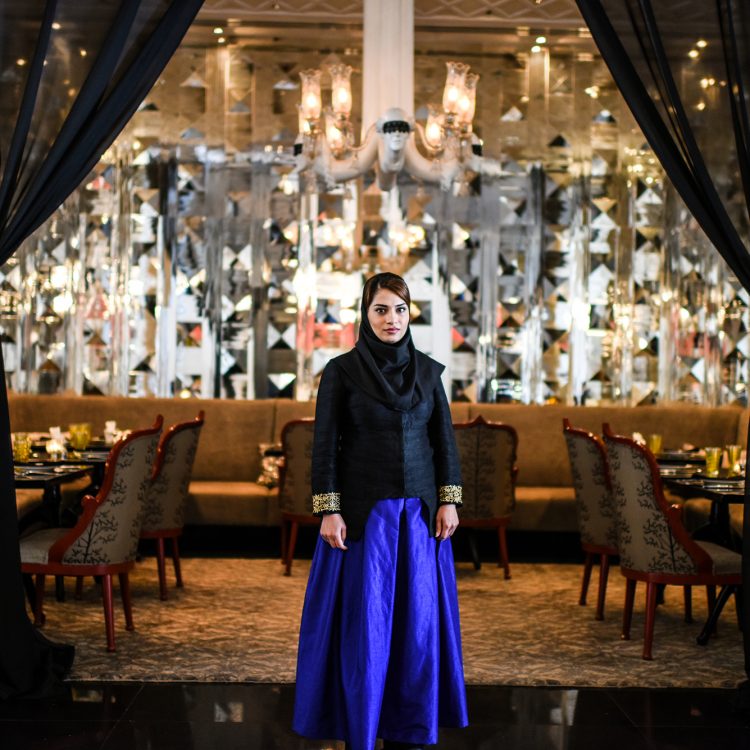 "Photos Carrying Stories" I feel obligated to share these photos. Behind each and every one of them can be too many stories, I want you to imagine their stories. 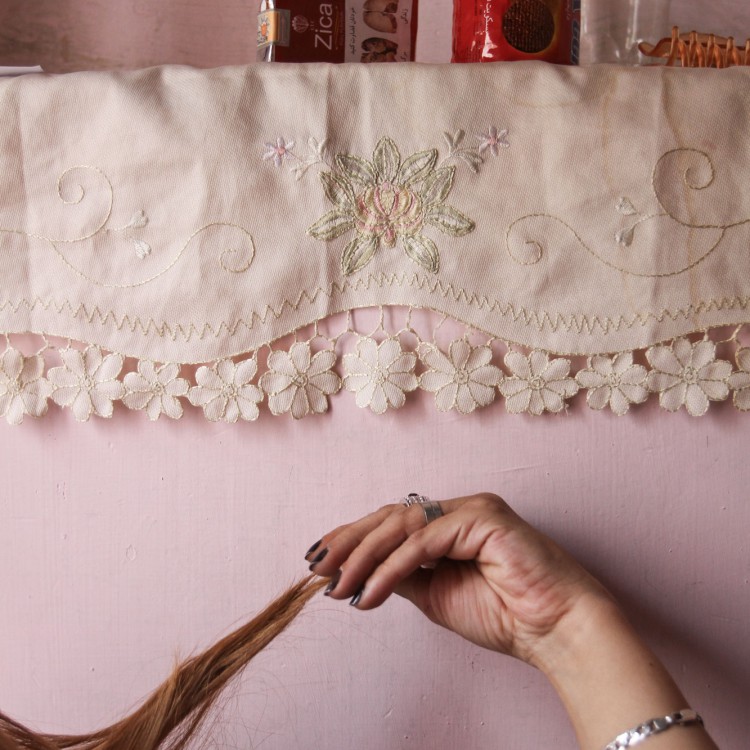 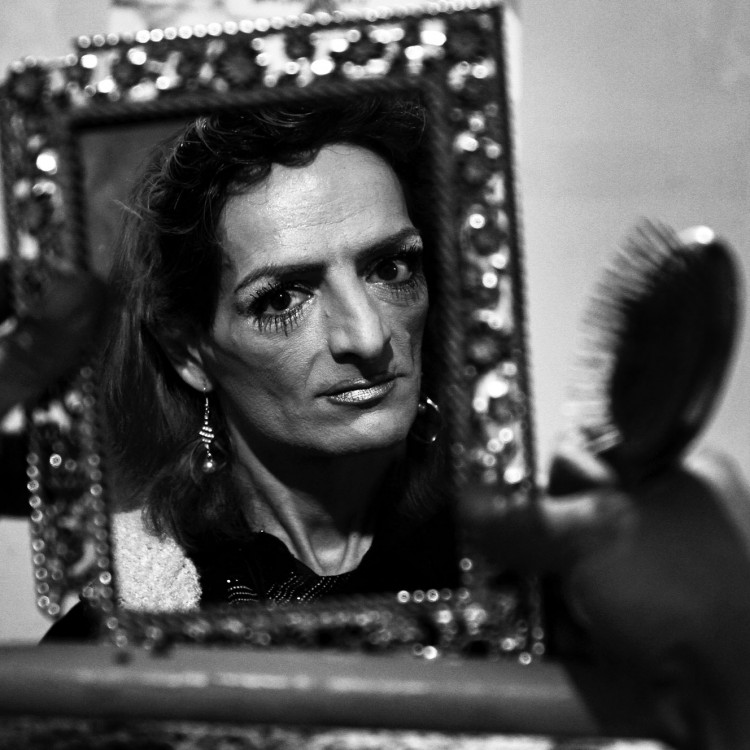 "I always assumed I'm the only one with such defection. I always hid my pain, though others could feel my differences from a normal boy." Tina said with sorrow in her voice. Tina was a very emotional woman trapped in a mans body. Dealing with the very talked¬ about matter of sexuality. 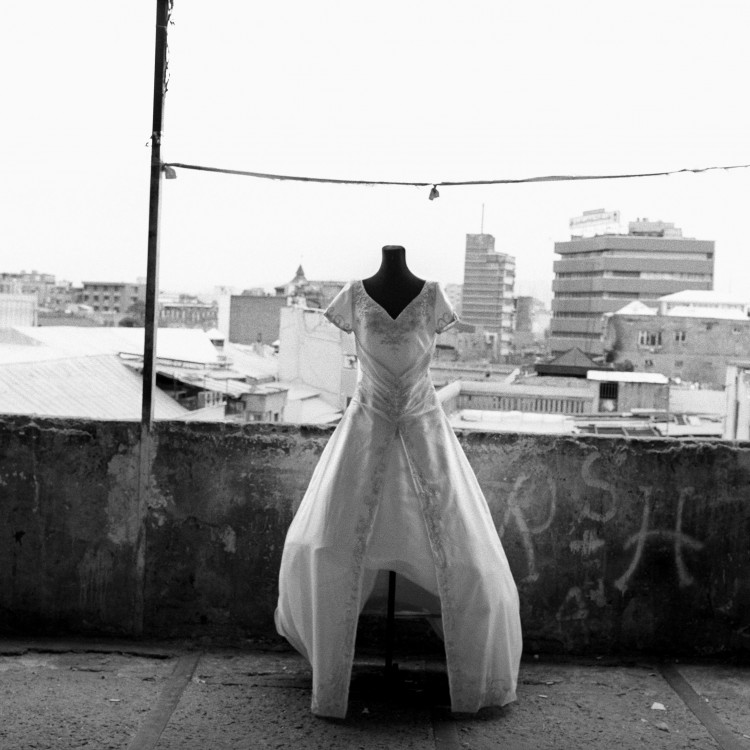 The bridge at Mokhber al-Dowleh connects the four corners of the junction there. When I stand on top of the bridge facing south, I can stare at an alley full of shops selling bridal gowns. A bit to the right in front of me is an old building; it must least be a hundred years old, with a window display covered with tree branches and leaves. 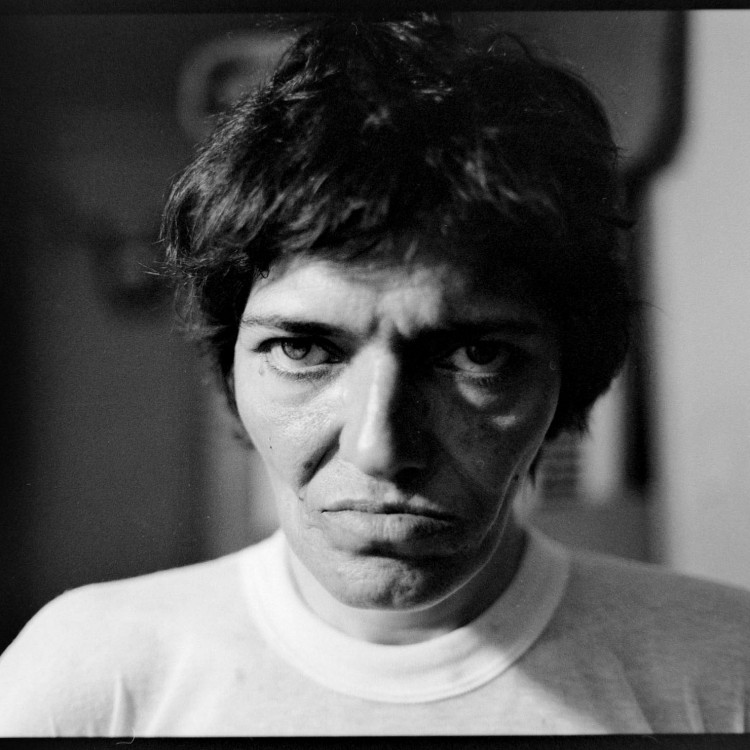 "Grape garden alley is one of my favorite projects . Not only because of the beautiful souls living in this shelter, but also because it shows the overwhelming fight of hope and sadness"Said Monzavi. 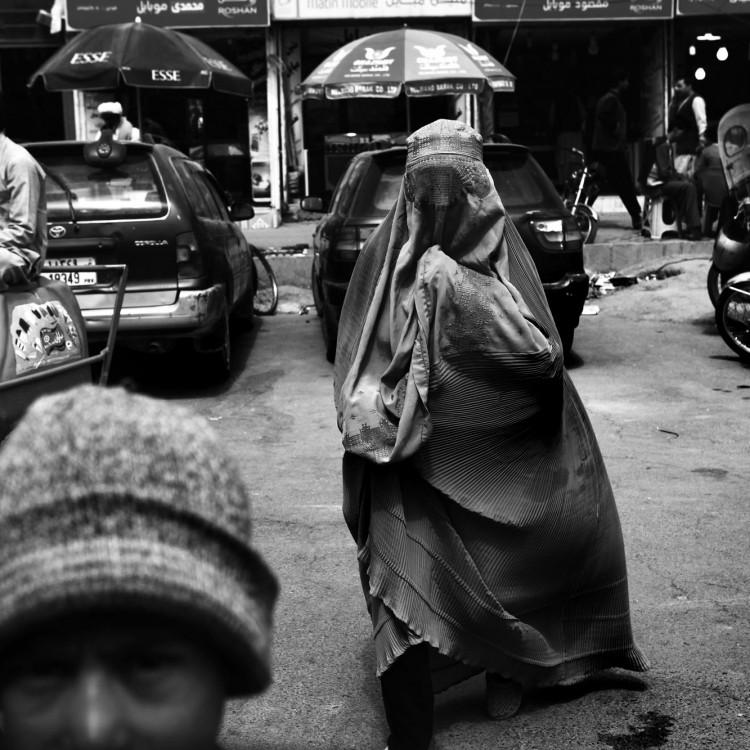 Two weeks after Farkhunda's death, I went to Kabul, to the street where she was lynched to take picture of the daily street life and understand better how this tragedy unfolded. Farkhunda Malikzada was a 27 year old Afghan woman who was stoned and burned by a frenzied mob in Kabul on March 19, 2015 after being falsely accused of burning the holy Quran. Being nearly the same age as Farkhunda, I was deeply touched and saddened by this bloody and savage story and I felt I needed to cover it. 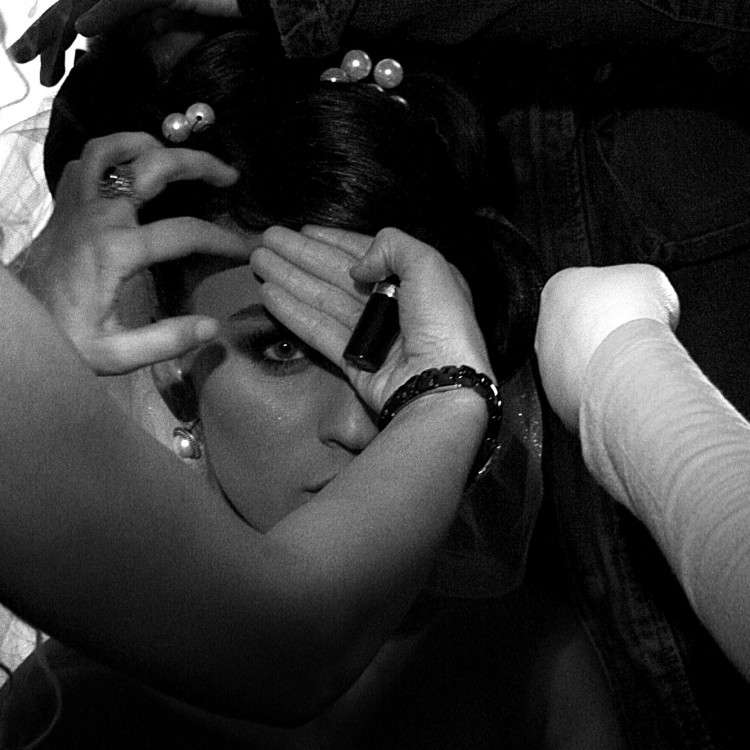 In High Fashion, I was documenting another women`s scene that is little known and has to do with the twinned themes of power and women`s cottoning. 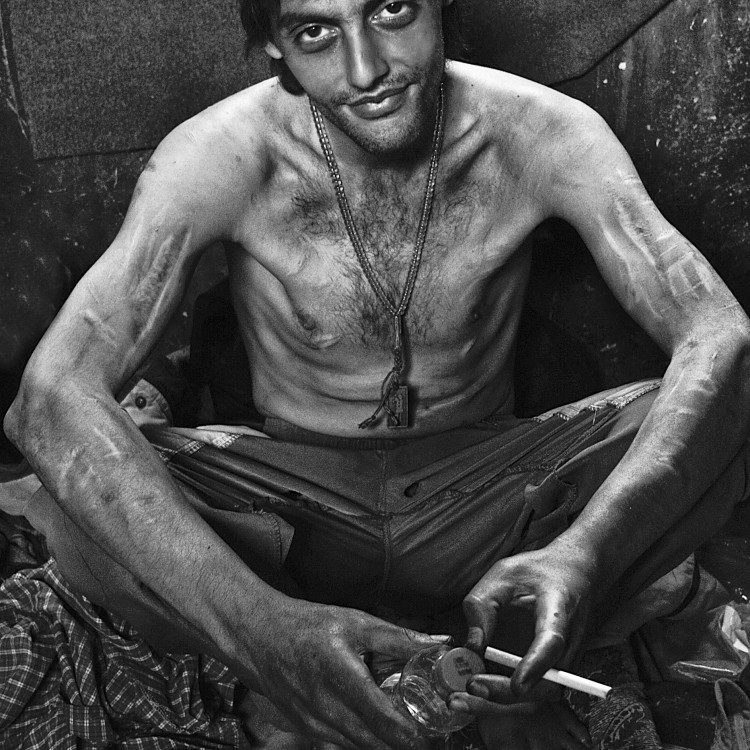 The project takes place in Pamenar in Southern Tehran. It is about a small part of the society that lives in the city just like others. They laugh , they cry, they fall in love and they dream the same way. But they do more than just that. They experience life in ways that are hidden from eyes of the others. They are fighting the big fight. Each day, Taking their chance to win. But is it really a matter of winning or loosing ? No one will ever know , no one will ever care. They are the same as others, they dream of being happy, they dream to be free and most importantly they dream of being seen. But could they ever be ? 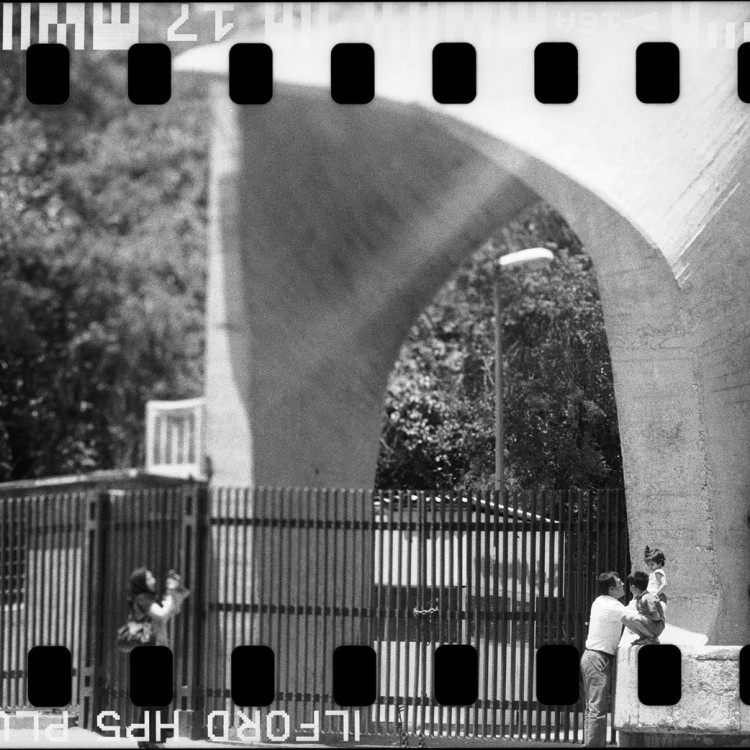 The distance between Enghelab square and Vali¬easr crossroad is just like the one between the rooms and the living room of a house ,in which a wedding had been held the night before, where people had been sleeping on the floor. you have just woken up; wanting to wash the sleep off; you see people in a blur , you shake the head whispering "Hello" . 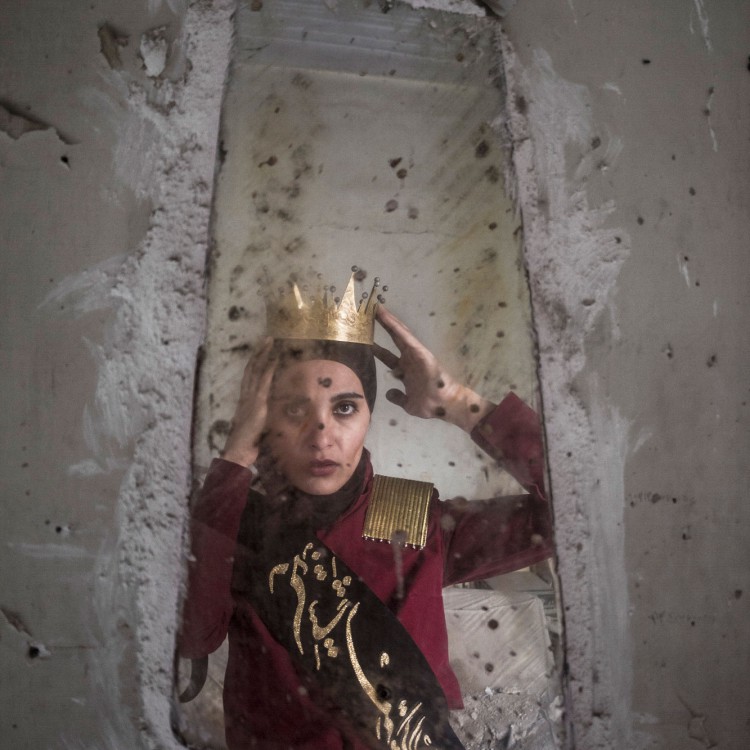 The main objective, in my photography and video installation practice is to represent the women of the Middle east. I have worked extensively on the topic of women-hood in my country, Iran, where I live and work. I believe there are potential qualities in each individual women, whether Iranian or Middle Eastern. My last video project, entitled Miss Iran, contained two videos, installation of 12 digital and 10 Analogue coulor C-Type print photographs. 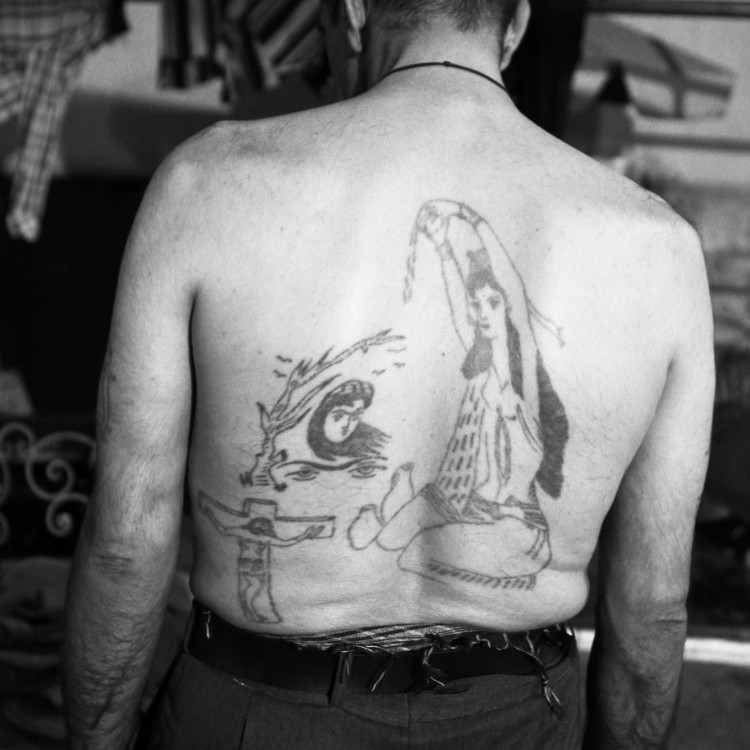 A fish with sealed lips The parts of a human body are reflected in their functions. The hands of a baker and a writer and a tonsorial become a reflection of their work. As well as the feet of a runner , a rails man or a masonry, they also reflect toil of their work. The eyes of a tailor , a dentist , and a bookbinder are reflections of their work. The skin though is an exception . It has it's own unique function. A laborer who works in the land wears a hat and a sailor needs to sun protection , a gipsy singer has tattooed his lyrics on his forearm not to forget it. The skin of a human has its own unique life. It may reflect the harshness of life and it may not; It may tell about your work and it may not; It may remind you of a memory and it may not. The hidden life of skin underneath cloth is truly mysterious; It's more about intimate , private moments with out interference . The skin of some of us is like pages of an unwritten book; Some other's is like a wall that has observed people passing by; People have written memos on such walls leaving nothing but sorrows. A gang of thieves whose skin is tattooed with their gang sign , a fish with sealed lips, is not threatened by the thought of a hook. The skin of a human is the sealed lips of that fish. Written by Mohammad Tolouei 2007-2011